Watch the recording of the Taste of Missions Q&A panel with the five newly commissioned missionaries. Panel moderated by Mr. Sean Young, director of Missions operations. This is Lucas’s first assignment out of Wisconsin Lutheran Seminary. He will join Pastor Billy King and the congregation of Good Shepherd in Cedar Rapids, Iowa, to start a second mission site in North Liberty.

He and his wife, Emily, daughter of Brian and Lori Shank, were married in St. Joseph, Mich., on June 22, 2019, at Grace Lutheran Church. Although they do not have children yet, God has blessed them with a new puppy, Nala. In mid-July, Lucas and Emily will head to North Liberty where Lucas will be installed and ordained on July 11. He will lead the core group in starting a second campus to continue the gospel mission efforts to a young, growing community in Eastern Iowa. Isaac Hayes, son of Kirk and Stella Hayes, was born December 13, 1994, in Mesa, Ariz. He was baptized at Our Lady of Guadalupe Catholic Church in Guadalupe, Ariz., in April 1995. Isaac and his family joined the Wisconsin Evangelical Lutheran Synod in 2007. He was confirmed in the Christian faith at Emmanuel Lutheran Church in Tempe, Ariz., in May 2009. He graduated from Arizona Lutheran Academy in 2013, Martin Luther College in New Ulm, Minn. (B.A. 2017), and Wisconsin Lutheran Seminary in Mequon, Wis. (M. Div. 2021). He served as vicar at Hope Lutheran Church in Toronto, Ont., Canada, from 2019-2020.

This is Isaac’s first assignment out of Wisconsin Lutheran Seminary. He was assigned to be the pastor at St. John’s on the Hillside in downtown Milwaukee to join members in a mission restart effort to engage the communities of Milwaukee with the gospel and connect them with their Savior.

He and his wife, Emma, were married in Minneapolis, Minn., on August 8, 2020. In July, Isaac and Emma will head to Milwaukee where Isaac will be installed and ordained on July 11. Tim Walsh, son of Dave and Beth Walsh, was born on March 13, 1994, in San Antonio, Tex., and baptized on March 27. He was confirmed in the Christian faith at Christ the Lord Lutheran Church in Clearwater, Fla. After graduation from Luther High School in Onalaska, WI (2012), Tim enrolled in the pre-seminary program at Martin Luther College and received his Bachelor of Arts in 2016. Before moving on to the seminary, Tim taught English for a semester at a K-12 Lutheran school in Callao, Peru, and taught Spanish for three semesters at Wisconsin Lutheran High School, Milwaukee, Wis.

Tim and his wife, Ruth, were married in July 2017. Their first child, daughter Eliana, was born in September 2018, and their son Henry was born in April 2020 during Tim’s vicar year at Grace Lutheran Church in Falls Church, VA.

He graduated with his Master of Divinity from Wisconsin Lutheran Seminary in May 2021 and was assigned to lead a mission restart at Grace of God in Dix Hills, N.Y. The Walsh family is excited to make Long Island their home, and they ask for your prayers as they and their new church family work to proclaim the message of forgiveness in Jesus to all on Long Island. Andrew Westra, son of Charles and Debra Westra, was born on May 10, 1993, and was baptized at Christ Our Savior Lutheran Church in Columbia, Tenn., on May 16, 1993. He was also confirmed in the Christian faith at Christ Our Savior on June 3, 2007. He graduated from Luther Preparatory School in 2011 and received a Bachelor of Arts degree from Martin Luther College in 2015. He graduated with a Master of Divinity from Wisconsin Lutheran Seminary in 2019, after having served as vicar at Victory of the Lamb Lutheran Church in Katy, Tex., from 2017-2018.

He spent the last two years serving as tutor at Luther Preparatory School where he preached for chapel, taught religion, and supervised high schoolers in the dormitory. Pastor Westra will be moving to Waco, Tex., this summer to help plant a new church in the Heart of Texas along with the core group of members who are already gathered there. Please pray for Pastor Westra and his core group as they begin the work of holding out the life-giving gospel to the people of Waco. Mark Zondag, son of Jeffrey and Beverly Zondag, was born on October 25, 1988, and baptized at St. Paul Lutheran Church in Round Lake, Ill., on November 20, 1988. He was confirmed at Immanuel Lutheran Church in Waukegan, Ill., in May 2003. He graduated from Shoreland Lutheran High School in May 2007.  He received his Bachelor of Arts degree in Child Psychology with a focus in Educational Psychology from the University of Minnesota, Twin Cities in December 2011. He received his Seminary Certification from Martin Luther College in 2017 and graduated with a Master of Divinity from Wisconsin Lutheran Seminary in 2021.

Between his time at the University of Minnesota and Martin Luther College, he served as a teacher for one year in Southeast Asia and two years in Tomsk, Russia. During his second year in Russia, he met his wife, Sarah, the daughter of Rev. David and Ellen Rosenow. They married in Osceola, Wis., on March 12, 2016. They have been blessed with two daughters, Esther and Anastasia.

In August, Mark, Sarah, Esther, and Anastasia will be moving to Chiang Mai, Thailand, to join the Asia One Team as the missionary to the ethnic Thai people. 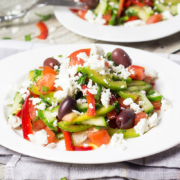